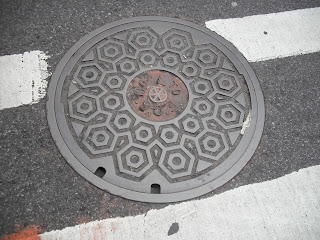 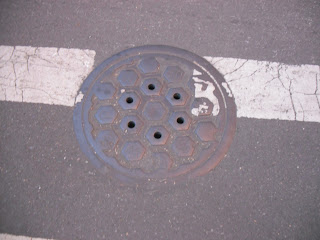 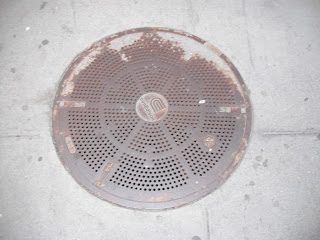 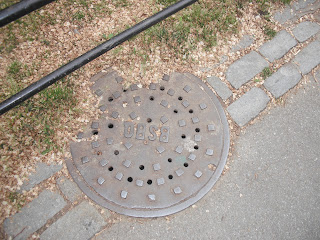 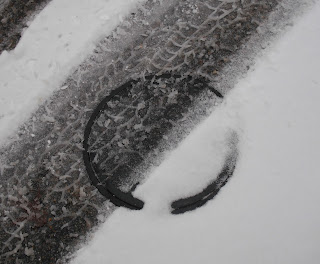 A rose by any other name would do more


At a company photo shoot, my dance director had me to try on a black, straight wig. She loved it on me. "This can be your alter ego. You need a name... Maya!"
I was surprised. "That's the name my dad wanted for me," I told her. My parents agreed on my mom's choice, though.  My real first name means Helper or Defender of Man (Greek, alexo) and my last name is rabbity. Hmm...

But back to Maya. I'd deleted my original facebook before moving to NY (and it felt amazing!) but needed to create an account for promo and communication purposes. A lot of the NY belly dancers that do gigs like us have handles like Sarah Bellydance. I had another name on there for a while but it was kinda tedious for a stage name so I wanted to change it. Maya Alexis spoke to me after the photo shoot.

A few weeks after changing it, I was reading my Sync Book and discovered how syncy Maya is. The Maya people and their culture, the Mother of Buddha, Illusion, Goddess of Dreams. That's heavy. Dad's into studying Eastern religions/philosophies so it makes sense.


In the 10th grade I wrote a paper about how in Dead Poet's Society the characters used alternate names which allowed them to do bolder things than normal. In some mythologies to know/speak a deity's name invokes magic power over them. Isis & Ra.
Why do we use stage/pen names when we don't really have to? Yes, there are creepers and haters and sensitive family members. But, we should believe in what we're doing enough to be proud of it as ourselves.

Renaming gets rid of some of our ego stuff. The baggage. It's still there, but it's also not. In other words, it gives us a perception of distance from all our social identity traits like race, education, job, and all the history of our past.  The stories we tell ourselves about our Self.
Psychological experiments show that when you decrease sense of personal identity (ex by wearing a uniform), we are more likely to behave immorally (ex stealing candy, soldiers torturing). When you increase self-identity (wearing a name tag, your own clothes, being in front of a mirror), we are more likely to behave in socially-approved ways.  But this isn't about good and evil. It's just about getting to that space where freedom from judgement exists within your mind. It promotes divergent thinking aka creativity.

One of the hot topics in psychology these days is flow (wiki - flow). Basically, it's where, under certain conditions, You get lost in your work. All you are concentrating on is what you're doing, not how it will make you look. If you can get here while creating or problem-solving, you're golden. It gets you through that phase where you're viewing your painting thinking "This is CRAP!" and want to throw it across the room. No. You gotta keep goin'! Changing your name, even if temporarily or jokingly, can facilitate this process.

So, who are you when you meditate or have a Jill Bolte Taylor stroke experience or use substances or get lost in your work or change your name or discover syncs? When you get back from your la-la land, what do you do to improve humanity? The answer's a work in progress, for all of us, until we die. Make it good!

Hey, so my college is a Kabbalistic Tree of Life. 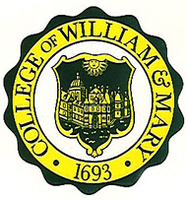 The College of William and Mary
Williamsburg, VA


Old and Ancient Campus are flanked by Jamestown and Richmond Roads, which are main roads in Williamsburg. Jamestown Road goes to Jamestown, VA, and Richmond Road goes to Richmond, VA. I know, it makes no sense. Anyway, east of the Tree, divided by Boundary Street, is Colonial Williamsburg (aka CW), the restored historical town of yesteryear complete with everything from the Capitol Building, Courthouse, shoemaker, Magazine, taverns, gardens, baby lambs in spring, horses, oxen, wooden stocks, jail, windmill, apothecary, and actors in colonial garb. Duke of Glocester Street (aka DOG Street - Siriusly.) bisects the corner perpendicularly.

There's a statue of the 4th Baron Botetourt in front of the Wren Building, a Brit who served as the Governor of VA. There is a paragraph on it basically saying how cool he was to leave his country to come here and make everyone happy. His successor, the 5th Baron Botetourt, was Grand Master of the Freemasons.

The Wren Building is the oldest academic building in continuous use in the US. It used to be the entire college - dorms, classrooms, offices. The Wren Chapel is still used today. I read a passage in my friend's wedding there. The Wren Cross controversy made national headlines.  (The college president at the time removed the cross to make the space more inclusive, but he had to resign after conservatives withheld millions in funding over it.)

Tiferet: At first when the idea popped in that WM was a Tree, I thought, "There is no building in the Sunken Garden." But then I realized that these steps are in the right place. They allow you to look over the whole Sunken Garden at once - a unified view. And it is beautiful.

How awesome is it that the Philosophy department is at the Chokhmah Sefirot? I didn't really think to include this when I drew my map (I love maps! (just saying)), but there is an echo spot here. All you gotta do is stand in the Tyler garden (three busts of Tyler men), face the western wall of James Blair Hall, and speak. It's spooky-cool.

Deter: There is an arc on this spot, described by a fence. The ground below it drops down into the woody, leafy dell. I really like that it changes to nature here. It's a nice quiet spot.
There are some benches in the clearing and a path that leads to the Crim Dell Bridge. 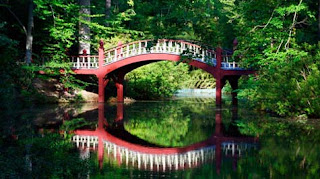 Before students graduate, campus tradition is that they must complete the WM Triathlon:

1) Jump the Governor's Palace wall in CW after hours, and go through the hedge maze (amusing labyrinth). Seven VA governors lived in the palace, including the Baron Botetourt, plus founding fathers Patrick Henry and Thomas Jefferson. 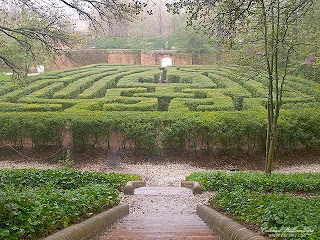 next, you giggle your drunken way up DOG Street, through Ancient Campus, disrobe, and
2) Streak across the Sunken Garden
3) Swim in the Crim Dell (baptism/mikvah/purification process?)

It's interesting that the Tree that inspired this discovery is located at the end of the Oregon Trail, where this one connects (via Jamestown Road) to the first permanent English settlement by "gentlemen" entrepreneurs and is in the colonial capital of VA.

The end connects to the beginning. 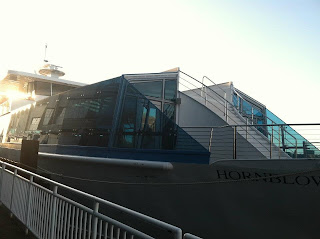 Get What You Want.

One of the steps to getting what you want is asking for it from a place of sincerity, but you have to be willing to receive a "no." It may also manifest itself in a different way than you imagined. Oh yeah, and put forth the necessary earthly effort. Gratitude for what you do have at this present moment helps, too, I think.

I wanted to go on a cruise ship for work. The contracts are long (6-12 months), but the pay is steady and you can have a lot of fun and travel. There are certain assertive things you can do to book the gig, like going to consecutive auditions for the same company, if you are really sure you want the job. I went to a few cattle calls, but I had an internal conflict about it, since I am in love with my City. I asked the universe about getting the cruise ship job.

You never know when you'll get your answer, but if you're paying attention you'll experience it.

Of a sudden, I was booked for some shows on boats in NY. Gah - I was struck! Thank you Universe! You are awe-inspiring. I'm sure a positive-intentioned magick token in my possession doesn't hurt either. I hadn't considered that as the weather warmed, people have events on those vessels that sail  the Hudson for a panoramic evening of sparkle motion. I even told my director about the situation excitedly - "I never thought... that is the answer!" She agreed without hesitation, "Yes, that is the answer."
____________

On the boat, in between sets, I observed its proximity to Ellis Island. My maternal teenage great-grandparents landed there individually from an Eastern European and a Mediterranean country after their ship rides to America. Though I was born and raised on southeast VA's waters, woods, hills, and houses, my predecessors had taken a journey from the old country and ended up living in the borough above Manhattan. Public records show that great-granddad was  NYC subway mechanic. I sync on the subway all the time. My mini-cruise seems serendipitous.

My Dorothy-esque adventurousness may be related to my paternal ancestors as well. Our pioneering predecessors were early Americans from Europe hundreds of years ago, including an indentured servant at Jamestown, VA (more info - http://en.wikipedia.org/wiki/Jamestown,_Virginia). My parents' childhoods were in the North and Midwest, but somehow I ended up attending Jamestown High School, mere minutes away. A different dude was a settler of Rhode Island. They moved westward at some point, hitting up several states including Kansas (ha!) and going as far as California.


I'm seeing and connect some dots. The blanket we are all a part of, à la I Heart Huckabees, is looking really comfy.